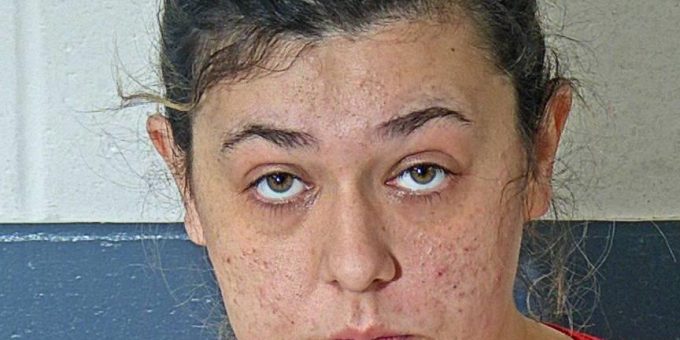 (SPRINGVILLE) – A Springville woman was arrested on a warrant on a domestic battery charge.

Lawrence County Sheriff’s Department deputies began their investigation on January 22, at 3:39 a.m. after a woman came to the department to report a battery that happened at a home in the 230 block of Greer Lane in Springville.

The teen told police 26-year-old Ashley Parsley, who also resides at that home, was mad at her because she took cans of soda from the kitchen.

According to a probable cause affidavit, Parsley began beating on the woman’s bedroom door and yelling. Parsley then kicked in the bedroom door, grabbed the woman by the hair, threw her to the floor, and began punching her in the back.

A female witness in the home, heard the fight and attempted to remove Parsley off the complaintant, but she was unable to do so.

Parsley then dragged the teen by the hair toward the front door and told her to get out.

The teen freed herself, escaped to the bedroom, and packed her belongings to depart the residence. A male arrived while she attempted to exit the residence. After learning the details of the situation, the teen claims the male became angry. He allegedly grabbed her by the arm and neck and then choked her.

Police say the teen presented redness and scratch marks on her arms and shoulders with redness and swelling around her neck. She also suffered bruising on her back.

Parsley reported and admitted to a fight, but stated the complaintant punched her in the face. Parsley did not want to file charges.

The information was forwarded to the Lawrence County Prosecutor’s Office and a warrant was issued for Parsley’s arrest.