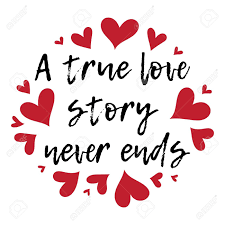 (BEDFORD) – Valentine’s Day brings gifts, treats, date nights and celebrating your love for one another.

Dennis and Theresa Matthews met each other on a blind date at Chi Chi’s Restaurant in Bloomington on June 11, 1993.

I went on my first and last blind date,” said Dennis.

Neither had ever dated before.

Theresa’s next-door neighbor at the time worked with Dennis at Shulte in Bloomington.

“My neighbor tried for months for me to go out on a date with him, and I kept saying no,” said Theresa Matthews.

But after that first date, they started dating. They spent as much time together as they could like going to Lake Monroe.

The two dated for only about six months before they got married in January 1994 at the Oolitic Church of Christ.

“She told me we were going to have a child during a phone call on a payphone located in the Stone City Mall. Travis Eugene Matthew was born, on December 27, 1994,” As Dennis reflected back on that moment.

The couple shared that both of their fathers worked with one another at Otis Elevator in Bloomington in 1976. His parents were the late Gene and Anna Matthews. Her parents were Jerry and Janice Reynolds.

Dennis Matthews served in the military from 1992-2001 and has worked in several places in Bloomington. Dennis is now unemployed due to the effects of a stroke. Teresa has taken on the role of working for Elite Health Care as a home care giver.

The two favorite places for the couple to visit are Florida and Indianapolis.

Both attribute the success of their 27 years of marriage to belief, honor and respect of the very vows they promised one another on their special day.

“In the past, the minister would counsel couples prior to their marriage and explain to them what those marriage vows meant. We have taken our vows very seriously. Richer or poorer, in sickness or health, until death do us part,” both said.

The couple is just as in love now as when they first met.

Wayne lives in Bedford and is a manager at the local Bob Evans restaurant. Mary resides in Dawson Springs, Kentucky.

The two first communicated with one another in February 2020, but after about two days of conversations, Mary told Wayne that she was not interested in him.

Both were divorced and battled periods of loneliness and depression.

But, after much prayer and consideration, Mary decided to come to Bedford and have breakfast with Wayne in October 2020.

They went on a shopping trip to Greenwood and was able to talk during the travels. They both decided there just might be something there between them after all.

“I think it was God’s will for us to meet, I prayed for what I wanted in a man and in ministry. Wayne has met that for me,” said Mary.

“Mary has filled a great void in my life, and I am happy to have met her,” said Wayne.

The couple plans to marry in the near future and is excited to see what the future holds in their long-distance relationship.