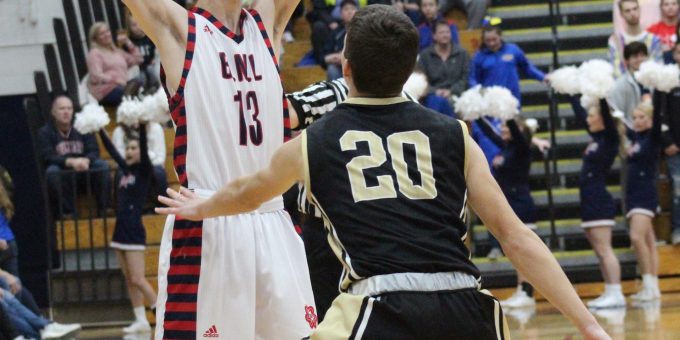 BEDFORD – For the first time since the 1983-84 season, when future Hall of Fame coaches patrolled the sidelines on both benches, Bedford North Lawrence will invade Jack Butcher Arena to clash with Loogootee.

The Stars (8-9) will make the historic excursion to face the Class A No.2 Lions (15-3, with 11 wins in their last 12 games) on Tuesday night, the end cap of BNL’s three-game road trip and its final regular-season contest away from BNL Fieldhouse.

BNL, coming off an impressive 53-51 victory at Evansville Memorial on Saturday, is seeking only its third back-to-back wins of the season. This would stabilize the Stars at the .500 mark for the first time since the victory at Seymour on Jan. 22.

“It would be nice,” BNL coach Jeff Hein said. “But it will be difficult going there, similar to Memorial as far as winning games at those places. It’s a difficult venue to get a win.

“Loogootee is a very good Class A team, one of the top two or three in the state. We’ll have to show up and play even better than we did Saturday. We will need better effort and execution to pull off a win on the road.”

“Bledsoe can shoot it well,” Hein said. “Wildman didn’t play (against BNL) last year and we played really well that night. He can shoot it, get the basket and create. And Bauer has gotten a lot stronger, he’s hard to guard on the post.”

The Lions have been a tough out. They dropped a double-overtime clash with Princeton, lost a December battle with 2A No.4 Linton, and a recent clash with Class A No.1 Barr-Reeve. They’re coming off a 78-47 thrashing of Class A No.6 Orleans.

“We’re playing well right now, our best ball of the season,” Loogootee coach Ryan Haywood said. “Hopefully we can continue to improve and get ready for the postseason.”

After a long dormancy, that’s the reason this series was renewed last year.

“We want this game to get us going toward the postseason,” Haywood said. “It’s a 4A opponent, and we have our hands full. They’re playing well and have a lot of weasons. It will be a tough task for us.”

BNL will feature its own triple-threat attack with sophomore Colten Leach (BNL’s leading scorer at 13.1 after a sterling 21-point day at Memorial), senior Kooper Staley (11.3) and Ben Cosner (10.3). What concerns Haywood?

“Everything,” he said. “They have me pretty nervous. Leach does a tremendous job of getting to the paint and scoring at will. Staley is as good a 3-point shooter as we’ll see all year. Cosner can shoot it well and (Colton) Staggs has taken an increased role. They have guys across the board.

“We have to keep Leach out of the paint, first and foremost. We have to make sure we run Staley and Csner off the 3-point line. We can’t let them just stand there and play h-o-r-s-e.”

Last meeting: Last season at BNL, the Stars rolled to a 51-33 victory. Brayton Bailey hit 11 of 15 shots and scored 29 points for BNL. Peyton Bledsoe scored 10 points for the Lions.

Game notes: BNL is making its first trip to Loogootee since the 1983-84 season. BNL is 1-4 on the road in this series, which is tied 6-6. Loogootee won the Class A state championship in 2012.