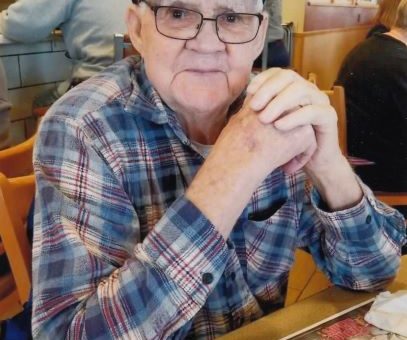 Russ was a welder and a tinkerer. He was a U. S. Army veteran, serving during the Korean Conflict. Russ loved hunting, gardening, cookies, and working on electronics. He also enjoyed spending time on his property in Jackson County.

Private services will be held Monday, February 8, 2021, at the Ferguson-Lee Chapel of Thorne-George Family Funeral Homes in Bedford. Burial will follow in Dixon Chapel Cemetery.