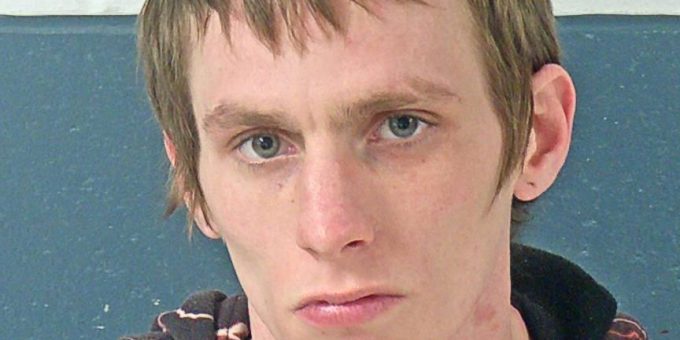 (BEDFORD) – A Mitchell man was arrested early this morning after a Bedford Police officer stopped his silver Chevrolet Aveo on Western Avenue.

The vehicle was stopped because of a failed rear license plate illumination.

The female was released from the scene and Goen was arrested on a charge of invasion of privacy with a prior conviction.

Goen was on probation on a conviction of invasion of privacy at the time of this arrest.