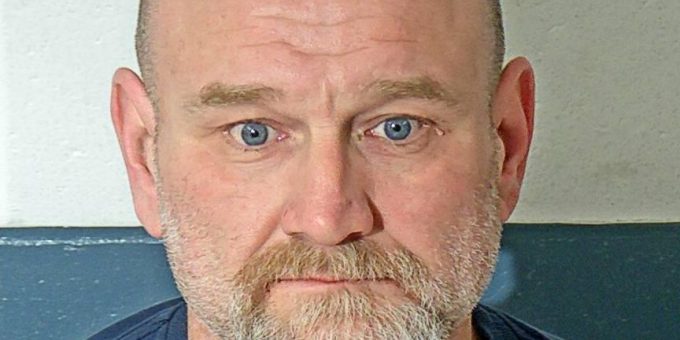 (MITCHELL) – A Mitchell man was arrested Saturday morning on domestic battery charges after a warrant was issued for his arrest.

According to a probable cause affidavit, on Saturday, January 23, at 12:10 a.m. a Mitchell Police officer was traveling south on Rabbitsville Road when he was flagged down by a female. The female stated she had an altercation with her husband. She also stated she had already called 911 to report that her husband left their home in a maroon Chevrolet truck intoxicated.

The officer noticed the female’s right hand was lacerated. When asked, she explained that during the altercation she was thrown to the ground and wished to file a report.

The female further explained she and her husband were having difficulties and she planned to leave him. She arranged for her daughter to assist her with retrieving personal property items located in the husbands truck.

Once at the truck, Kirk began shoving and pushing the female that ended in a strangulation attempt.

The daughter corroborated her mother’s story.

Officers looked for Kirk at several locations but were unable to locate him.

The information was forwarded to the Lawrence County Prosecutor’s Office and a warrant was issued for Kirk’s arrest.