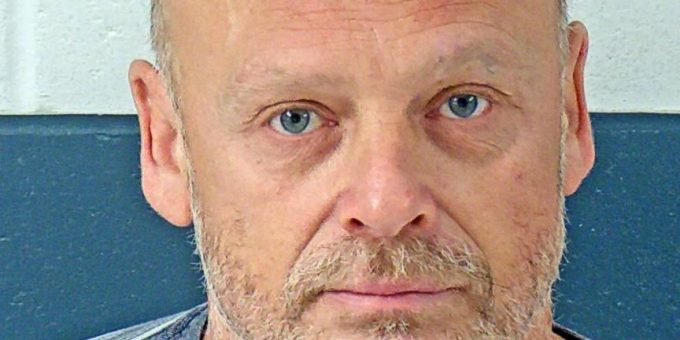 (BEDFORD) – A man was arrested on a warrant Friday morning on charges of domestic battery, criminal mischief, and petition to revoke probation.

According to a probable cause affidavit, on Thursday, October 29, 2020, at 11 a.m. ISP was contacted by the Lawrence County Sheriff’s Department about a battery that was happening in the 1360 block of Dennison Schoolhouse Road.

The dispatch center received a 911 call from a woman reporting she was thrown around the home and was suffering chest and head pain.

The dispatcher sent an ambulance and first responders to the scene.

When the trooper arrived on the scene the woman had already been transported to IU Health Bedford Hospital.

A first responder from Shawswick VFD told the trooper the woman said she had invited Johnson over for a few drinks and to watch television. That is when the two got into an argument and he allegedly grabbed her by the hair and started to throw her around “like a rag doll”.

The trooper found all four tires on the woman’s vehicle slashed and were  completely flat.

The woman told the trooper that Johnson had been at her home and both drank a few alcoholic beverages around 7:30 p.m. to 8 p.m. Her car failed to start when she attempted to leave. Johnson became hostile over the matter and grabbed her by the hair, pulling her around by it. He then kicked and punched her, knocking her unconscious.  She fled inside when she awoke, leaving Lloyd outside and upset.

She then heard loud popping noises and looked outside and saw Johnson slashing her tires.

The woman attempted to call 911 but realized she lost her phone outside in the shuffle. She reported was afraid to go back outside in the dark to try to find it.

The following morning, she located her phone. After charging it, she then called 911 to report she was injured. Johnson was no longer at the residence.

She advised she located it early in the morning and  had to charge it before she called 911 to report she was injured. Johnson had left the residence and walked back to Heltonville.

The woman suffered bruising to her arms and back and had lost chunks of hair from her head.  She also had blood coming from her nose and right ear which she had cleaned up the night before.

The trooper was unable to contact Johnson at his home of residence, after serval attempts. .

The trooper again attempted to contact Johnson at the home on November 2 and November 4 but was not successful.