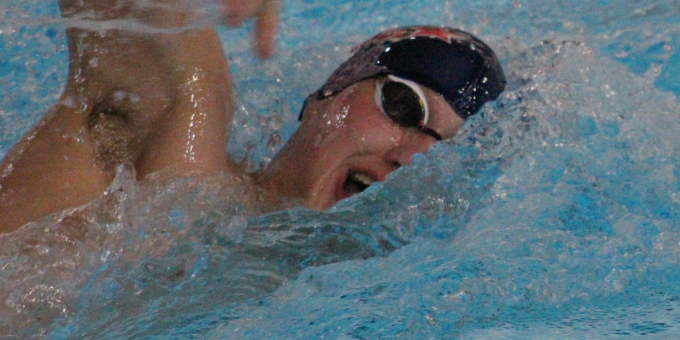 BEDFORD – Blondes do have more fun.

The majority of Bedford North Lawrence boys team members, in keeping with tradition, went with platinum locks in the annual preparation for the grueling taper and postseason meets. And they had a blast on Tuesday night, splashing to a 101-82 victory over Seymour.

The new look didn’t slow anyone down as the Stars won four individual events, three relays and the diving to dunk the Owls. The relays were key scoring events as BNL coach Adam Young spread out his best, rather than lump them into one mega-team for two races. That strategy paid dividends.

”I have to decide. Do I want to have two fantastic relays, and kind of make a choice with personnel, or spread some people out,” Young said. “That’s what I did tonight, which could be something I stick with. The flip side is you have to have someone else, and Adam Tlustek did a great job.”

Kade Bailey won the diving competition, scoring 170.80 points while nailing the final dive of his six with two 7s from the judging panel. BNL also got a scoring lift from lower in the lineups.

“The guys that were newer or a little less experienced coming into the season have been amazing,” Young said. “Whatever they’re feeding Hayden Puckett, I want everybody to eat some. He has a motor that doesn’t quit. That’s the kind of thing you need if you want a shot at sectional, guys that get into the big-scoring final.

“I’m excited to see what they do at conference, that’s where we’ll really find out where we stand. It should be a very competitive conference.”

“You can put Emma in anything and she’s going to do well,” Young said. “She’s really good at butterfly, too. I mixed things up more, because we’ve missed so many events.

“The thing that amazes me is how well everyone is doing, and I’ve beaten the heck out of them all season long. The fact they’re where they are, and we can have big drops in taper, makes me excited. And being honest, I’m kind of surprised. I thought the two weeks off at Christmas (in virus quarantine) would hurt more than it did.”

The Stars will compete in the Mooresville Diving Invitational on Saturday.