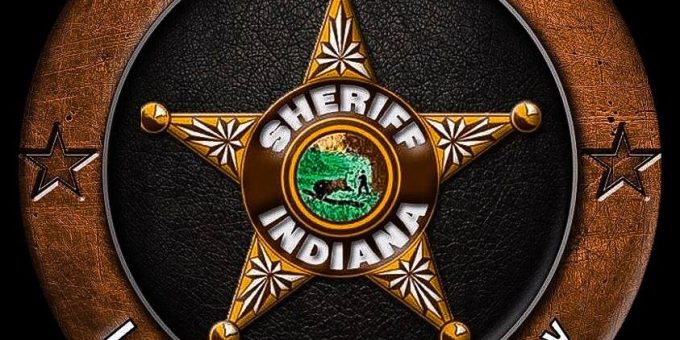 Officers arrested 37-year-old Michael Wheeler on charges of stalking and invasion of privacy.

According to a probable cause affidavit, Wheeler committed the offenses on Monday, January 4 and Tuesday, January  5th.

On Tuesday, January 5th, at approximately 8:32 a.m. the Sheriff’s Department received a 911 hang up call from the 1320 block of Lawrenceport Main. The dispatcher returned the call to ensure safety. A female claimed the call was an accidental pocket dial. Due to past domestic issues from the residence, an officer was dispatched to the residence for a safety well check.

The reporting officer discovered from the female that a no contact and a protective order existed against Wheeler due to past domestic abuse.

The female told the officer that Wheeler had been standing in the roadway in front of her home calling her names before the officer arrived.

The female told the officer about a past domestic incident in which she defended herself against Wheeler by using a  hatchet. She said when law enforcement arrived after the incident she was the one who was arrested and went to jail. She said both have restraining orders against the other.

The female commented that Wheeler blows his vehicle horn multiple times outside her home until she comes outside. Once she goes outside , Wheeler will apparently stand beside a post and shout profanities at her.

The female said she has been afraid of Wheeler since the last incident that led to her arrest.

The female also told the officer on Monday, January 4th, she heard a noise outside and Wheeler was walking on the other side of the road in front of her home.

The woman remarked that Wheeler’s apparent repeated intimidation tactics were causing her mental issues. The woman reported Wheelers actions caused her to urinate on herself due to fear as she told Wheeler to leave.

The officer forwarded the information to the Lawrence County Prosecutor’s office and a warrant was issued for Wheeler’s arrest.