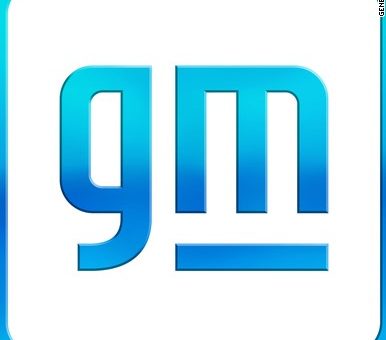 The now-lowercase letter M, for example, features arches that are squared so they resemble the prongs of an electric plug, the company said. And the blue coloring is supposed to evoke “clean skies.”

The new logo was created by GM’s own designers. Even the font was created in-house, the company said. It’s the first time the automaker has substantially changed its logo since 1964.

The logo will be introduced with a marketing campaign, titled “Everybody In,” to promote the automaker’s electric vehicle initiative. As part of the campaign, ads will show a variety of people talking about GM’s electric vehicle technology. The ads will prominently feature Malcolm Gladwell, an author who has written books about cultural change like “The Tipping Point.”

Besides the Chevrolet Bolt EV, which GM has sold since late 2016, upcoming electric vehicles GM has unveiled so far include more expensive luxury models like the Cadillac Lyriq and GMC Hummer EV. The Hummer EV will go on sale later this year starting at more than $100,000, but less expensive trim levels are expected later on.

The company has promised to introduce 30 new electric vehicle models in various markets around the world by the end of 2025, though, and many of those will be more affordable, Wahl said.

Since its founding in 1908, GM’s business model has centered around selling vehicles at a variety of price points under a number of different brands from Chevrolet to Cadillac. The automaker’s motto was once “A car for every purse and purpose.” The company’s electric vehicle strategy will be a continuation of that idea.

Other automakers have also introduced new logos to mark the shift toward new electric technologies. Volkswagen unveiled its own slightly redesigned logo in September, 2019, at the Frankfurt Motor Show where it also presented its new ID.3 electric car. Last July, Nissan unveiled a new logo at the same time it revealed the Nissan Ariya electric SUV.The new GM logo will not appear on cars and trucks. It will be seen only at the corporate level, such as on office buildings, letterhead, and business cards. It will also appear on a new GM.com website set to debut on Monday.