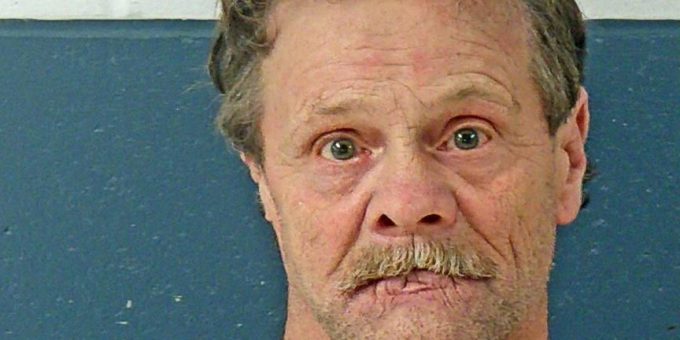 (BEDFORD) – A Bedford man was arrested on drug charges after a warrant was issued for his arrest.

On June 13, 2020, Bedford Police Department received a 911 call from the Super 8 Motel. The caller was not audible, however background voices could be heard. Officers went to the motel to investigate the call.

During the officers room checks, they discovered a marijuana odor. Officers reported the room was occupied with a female and three males, one being 59-year-old Jeffery Turpin.

The female surrendered a THC vape cartridge and a partially smoked hand-rolled marijuana cigarette to the investigating officers.

During further investigation a baggie containing crystal meth was located in the pocket of Turpin’s pants.

The information was forwarded to the Lawrence County Prosecutor’s Office and a warrant was issued for Turpin’s arrest on a charge of possession of meth.