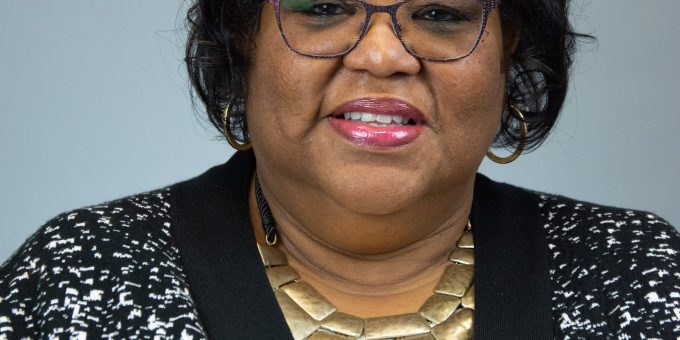 Having begun her service at the City in 1979, Sims has directed the City’s Human Resources (HR) Department as well as HAND, where she is responsible for providing leadership in the management of a $ 2.4 million annual budget in federal and local funds and oversees a staff of 16 employees.

As two-term director of HAND (1996-2003 and 2016-current), Sims has provided management oversight of the City’s residential rental inspection program, collaborated with community stakeholders in the development of affordable housing, and ensured code compliance to promote neighborhood preservation.  In 1998, Sims created the Citizens’ Academy program as a way of sharing information about City services with neighborhood associations.  Enrollment in the program has since been expanded to all interested residents.  As two-term HR Director (1987-1995 and 2014-15), Sims implemented the deferred compensation program for City employees currently available through Nationwide.

“I join multitudes in our community in saluting Doris Sims for her outstanding service to Bloomington,” said Mayor John Hamilton.  “Over a 38-year period, Doris’s hard work and leadership has led to tremendous improvements in housing our residents and taking care of our municipal employees.  In the last five years, Doris has led the City’s addition of over 900 units of long-term affordable and workforce housing to our community’s inventory.  Hers are very big shoes to fill.  We all wish Doris a wonderful and healthy retirement.”

Sims holds Bachelor of Science (B.S.) and Master in Public Administration (M.P.A.) degrees from the Indiana University School of Public and Environmental Affairs (now the O’Neill School).  In 2018, she was awarded the “Women Who Excel” Award from the Bloomington Chamber of Commerce in recognition of her leadership and commitment to excellence, and was awarded the Alumni Achievement Award from the Indiana University Neal-Marshall Alumni Club for Outstanding Leadership in 2019.  She has held board positions with the Bloomington Housing Authority, Monroe County Sheriff’s Merit Board, City of Bloomington Board of Public Safety, and Planned Parenthood of Indiana and Kentucky.

Sims’ additional experience includes two years of service as Regional Director at the Indiana Department of Commerce under Governor Joe Kernan providing both economic and community development services for eight counties.  Sims is a member of Bloomington’s Second Baptist Church and is married to Bloomington Common Council member and NAACP immediate past president Jim Sims and has two children, James Jr. and Camisha.