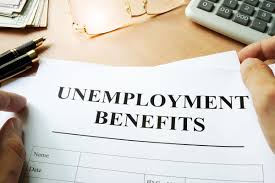 (WASHINGTON) — The number of people applying for unemployment aid jumped last week to 853,000, the most since September, evidence that companies are cutting more jobs as new virus cases spiral higher.

The Labor Department said Thursday that the number of applications increased from 716,000 the previous week. Before the coronavirus paralyzed the economy in March, weekly jobless claims typically numbered only about 225,000.

The latest figures coincide with a surging viral outbreak that appears to be weakening the job market and the economy and threatening to derail any recovery. Consumers thus far haven’t spent as much this holiday shopping season as they have in previous years, according to credit and debit card data. And in November, employers added jobs at the slowest pace since April. Restaurants, bars, and retailers all cut jobs last month.

The total number of people who are receiving state-provided unemployment aid rose for the first time in three months to 5.8 million, the government said, from 5.5 million. That suggests that some companies have sharply pulled back on hiring.

All told, more than 19 million people are still dependent on some type of unemployment benefit. And unless Congress acts soon, nearly half of them will lose that aid in just over two weeks. That’s when two jobless aid programs that the federal government created in the spring are set to expire.