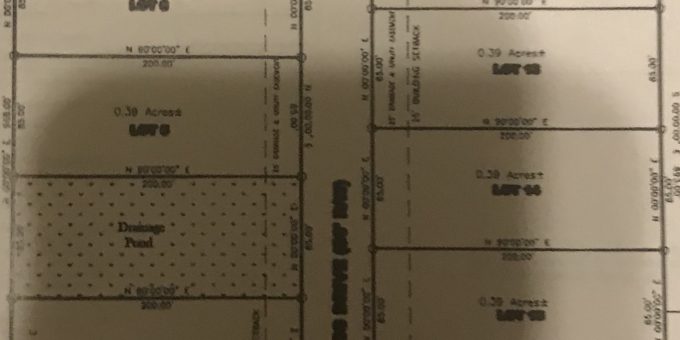 (BEDFORD) – During its meeting on Tuesday afternoon the Bedford Plan Commission approved the Southern Fields subdivision and tabled the proposal made by Carol Anderson for a minor subdivision.

Southern Fields is a major subdivision located on 35th Street consisting of 10 acres. The plan is to subdivide the land into 19 parcels which will be zoned R-1 Residential District.

The plan commission asked if any street lights were going to be installed. The developers said no because there is no city ordinance requiring lighting and because the subdivision is a cul-de-sac.

The subdivision will have sidewalks as required by city ordinance.

Commission members Steve Kimbley and Angel Hawkins abstained from the vote. Kimbley’s property adjoins the proposed subdivision and Hawkins is a real estate agent and represents both the seller and buyer in the subdivision. Members Dave Jacobs and Bryon Buker were not present during Tueday’s meeting.

Carol Anderson’s request for a subdivision was tabled until additional questions could be answered about the proposed subdivision.

Mason currently allows Anderson to access the property by letting her use Mason’s driveway. Mason is concerned because now others are accessing the property by using her driveway besides Anderson.

An easement for utility access to the lots is another concern that needs to be addressed.

The preliminary hearing for Jerry Rowland’s request for a minor-subdivision at 1115 James Avenue was voted to go on to a public hearing in January.

Rowland is separating the car wash from the Quick Lube. The subdivision will be named Rowland minor subdivision. He will be requesting a 5-foot variance for the front of the property line at the Board of Zoning appeals meeting on December 22, 2020.