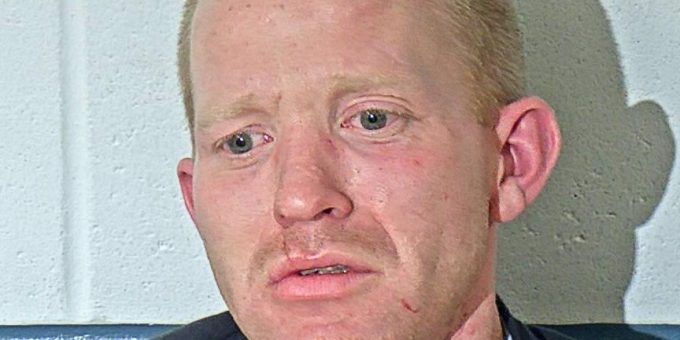 (BEDFORD) – A Springville man was arrested Sunday evening after Bedford Police officers were called to Golden Corral after a report of a possible intoxicated male.

When police arrived they spoke to 30-year-old Marc Korvela, who showed signs of being impaired.

“During the conversation, officers located 9.12 grams of meth and a bag of marijuana in Korvela’s pocket,” said Chief Terry Moore.

Korvela had two small children with him.

A family member was called to pick up the children.