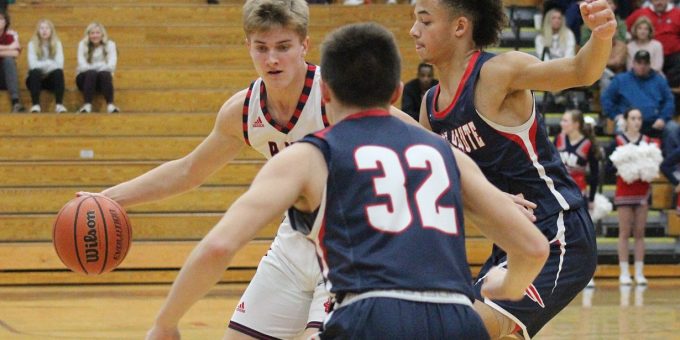 No fans. The gymnasium will be empty, the silence deafening save for the echoes from the court. Welcome to COVID Control, Major Tom. Time to play in the capsule, if you dare.

With strict virus protocols in place in Vigo County, the Stars hope their offensive circuits aren’t dead as they face a veteran ballclub. BNL floated in a most peculiar way in the opener against Bloomington North, limited to 27 points. They have to step out of that tin can.

The first challenge will be creating energy. With no home crowd to fight against, and without the usual loyal following of BNL fans that travel well, getting trapped in the dead zone could be difficult to escape.

“It will be a tough test, a long road trip after playing South,” BNL coach Jeff Hein said. “It will be difficult to go over and play well, especially with no environment. It’s just weird with a high school game and there’s nobody there but the players, coaches and scorekeepers.”

Points usually light the fires, and BNL had little more than a flicker of that in the loss to Bloomington North. Except for Ben Cosner’s brief 8-point explosion in the third quarter, the Stars struggled.

“We were able to create some energy when we scored,” Hein said. “That’s something we have to do. We have to play with that type of energy all the time to compete.

“We have to do a better job of moving off the ball. We stood and watched a lot, and that’s the Brayton (Bailey) Effect from last year. Brayton could do so much offensively, that we could stand and watch him. We don’t have a team this year that can do that. We have to get some movement in the halfcourt to create points.

“We don’t have the one guy yet that has stepped into the leadership role. We’re looking for that, but it’s early. It’s going to take some time. We’re trying to move the process along as quickly as we can so we can get better sooner than later.”

“Although BNL didn’t shoot the ball well in their opener, I was impressed with a lot of the shots they got and what they did defensively against a very talented Bloomington North squad,” Woelfle said. “We are very aware they have some guys who can score the basketball, and I’m sure Coach Hein will have them ready.”

The Patriots, who open on the road at Evansville Central on Friday night, will feature experience with returning starters Matt Gauer and Mahki Johnson. Johnson had 13 points, but Gauer was shut out during last year’s clash at BNL Fieldhouse. Bailey had 24 points during BNL’s 56-42 triumph.

“We have an experienced team and the players are eager to get started,” Woelfle said. “Our first game was postponed so it will be interesting to see how we respond Saturday after opening up on the road in Evansville.”

Game notes: Last year’s win over the Patriots was the first for Jeff Hein as the BNL coach. No fans will be allowed to attend this year’s game.