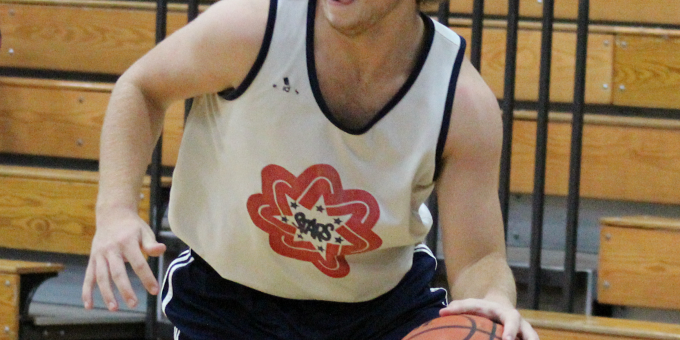 BEDFORD – Ease into the regular season? Most high school coaches would prefer the scheduling strategy of major college programs. Start with a almost-guaranteed win, like one of the pro wrestling “jobbers” that take the fall for the stars. Bedford North Lawrence does not have that luxury.

The Stars got the unexpected free pass in the final preseason scrimmage when Rock Creek showed up short-handed because of quarantine protocols. Now they will shift to the opposite end of the competition spectrum, opening the regular season against Bloomington North on Tuesday night.

The Cougars, guided by BNL alumni Jason Speer, will feature four returning starters. They’re a grizzled, veteran group that will test BNL’s physical and mental toughness. So much for sliding through.

“We don’t do that here,” BNL coach Jeff Hein said. “That’s OK. We’ll see where we are real quick against a very experienced team.”

North will feature its backcourt with junior Nick Klaiber (13.3 points per game last season) and Isaac Vencel (12.2). The Cougars also have size and talent inside with 6-5 senior Aaron Steinfeldt (10.6) and athletic 6-7 sophomore Jaqualon Roberts.

”They were one of the more athletic teams we saw,” Hein said. “Those two guards, their hands are quick, their feet are quick, they fly down the floor. They have a good mixture of quickness and size, all the things you want to build a basketball team with.

“Klaiber and Vencel are super quick, they have Roberts and Steinfeldt inside. He has some depth, they can score a lot of points. They’re so explosive.”

North, which has won the last two in the series, had superior balance in last year’s 59-44 victory over BNL. Jeremiah Blair had 16 points as four Cougars scored in double figures. Brayton Bailey had 19 points and 10 rebounds for the Stars while Kooper Staley had 13 points.

That’s the main question posed to the Stars now: where does the offense start? Bailey was the central figure for everything a year ago (20.4 points, 7.8 rebounds, 5.6 assists). Staley had 25 points in the scrimmage with Rock Creek, although the Lions were far from full strength with three starters missing because of virus quarantine.

“We’ll see because we’re not battle tested yet,” Hein said. “That was not a true battle. We have experience back, but we’ll have to do everything by committee. If we can do that and have five guys on the floor working together, we have a chance to win some games.”

Staley (8.8 points a year ago) will be joined by returning starters Ben Cosner (6.3), Jackson Miracle (6.1) and Colten Leach. Aden Pemberton, out all of last season with a knee injury, is back as well. So the Stars have experience in various supporting roles. Now someone has to take over.

“They play good, fundamental basketball,” Speer said. “They’ll be ready and prepared to play us. On the road, it’s one of the more difficult places to play. We’ll have to be good in transition and hold our own in the half court.”

North scrimmaged Loogootee in its final prep workout and posted an 85-60 win.

“We’ve had success the last two years with younger players, and we’re trying to continue to build on that,” Speer said. “I really like how this team communicates well.”

Last meeting: Last year at North, Jeremiah Blair scored 16 points as the Cougars pulled away in the second half for a 59-44 victory, Brayton Bailey had 19 points and 10 rebounds for the Stars.

Game notes: North coach Jason Speer, a BNL alum, has gone 38-31 in three seasons with the Cougars. He was 115-48 in seven years at Columbus North.