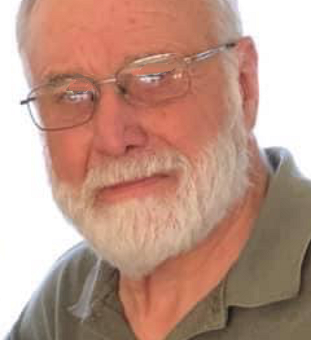 John William Dowling passed away on Thursday, November, 19th, 2020 from a brief battle with cancer.

He spent his final days in the comfort of his home and surrounded by his loved ones.  John was born in Bedford, In. on May 4, 1945 to parents Arlie and Elsie Dowling. John is survived by his wife of 56 years, Susan Duncan Dowling.

John was proceeded in death by his parents, his Mother-in-law and Father-in-law, Charles and Anne Ragsdale and his brother, Carl “Sparky” Dowling.

John Dowling was the true definition of an outdoors man, often being told he should have lived during the pioneer days. He loved the outdoors and he loved to hunt, especially squirrel! John was also an avid fisherman, his fishing trips would always involve some combination of his wife, kids or grandkids.

He may have spent more time baiting hooks than actually fishing. John was known for being a great helper and a giver, always thinking of others. He also liked to see people smile, if you happened to see him out in town or at church, he’d often extend out a closed hand and drop a piece of hard candy into your hand. He had a heart of gold and was always ready to help someone in need.

Most conversations with him involved a story about one of his kids, grandkids or great-grandkids. He was so proud of his family.  John was also known as a hard worker. He worked many years as a machinist with Regal Beloit in Mitchell.

When Regal closed it doors, he started with Visteon in Bedford. When the Bedford Visteon closed he finished his career path at Baxter Pharmaceutical, retiring in 2009.  John will be dearly missed by all who had the pleasure of knowing him. His knowledge and creative thinking has touched so many lives.

Thankfully he always took the time to teach his loved ones the lessons he, himself, had learned, thus preparing them for his departure. To know Him, was to love him. He truly never knew a stranger. John struck up conversations with everyone he met, always ending with “You have a good day!” Just imagine the conversations he’s now having in Heaven!