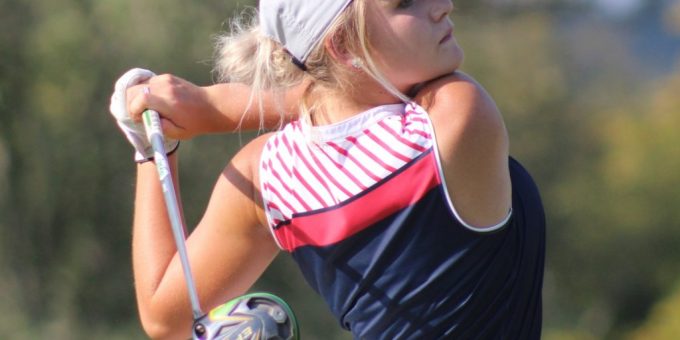 BEDFORD – Addyson Bailey, fulfilling a life dream and a challenging goal, made it all the way to Midway.

Midway is, rather appropriately named, almost exactly between Frankfort and Lexington in horse country of the Bluegrass state. Bailey, one of the prize players in the BNL stable, is ready to break from the gate.

”It’s been a passion of mine ever since I started,” Bailey said. “I have to thank God for blessing me with the talent I have. I’m just so grateful to play at the next level. I never thought I would be able to do that.”

Bailey anchored the top spot in the lineup, helping the Stars win another sectional crown in 2020. As a junior, she qualified for the IHSAA state finals as an individual, and she helped BNL reach the final stage of the state tournament series during the first two years of her high school career.

She chose Midway following a campus visit and meeting with coach Otis Smith and current members of the Eagles roster.

“I just fell in love with it, after walking around campus,” Bailey said. “My parents are from that area, and it just drew me toward it. And I love the golf program. I think the coach will help me with my struggles.”

Her ‘struggles’ would thrill most players. She has worked with coach Anthony Bradley (the head professional at French Lick Resort) to refine her short game and strengthen her swing.

“I‘m working on my short game, putting and chipping, and getting where I can make one-putts all day and keep going on,” Bailey said. “College competition will be a big adjustment, but I’ll be prepared for it.”