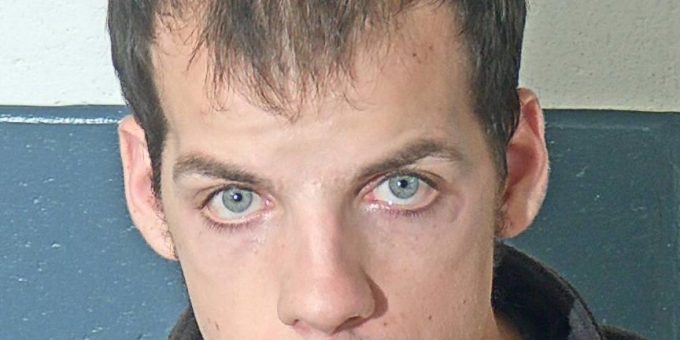 Police arrested 27-year-old Zachary Fish on a charge of possession of meth.

According to a probable cause affidavit, today at 2:35 a.m. an officer was on routine patrols in the median of State Road 37 in the area of Salt Creek bridge when he observed a 2014 black Jeep Cherokee traveling south toward Bedford.

The deputy said the vehicle was traveling at a high-rate of speed.

The Jeep was clocked traveling 70 miles per hour in a 55 mile per hour zone.

While speaking to the driver, Zachary Fish, he appeared nervous and would not make eye contact with the officers.

Officers then asked Fish to step out of the vehicle and go to the front of the patrol car while K-9 Dusty did a free air-sniff around the vehicle. Dusty alerted police to possible drugs in the vehicle near the driver’s door.

In the driver’s door compartment, officers located a black digital scale inside the center console. They then located a plastic baggie containing crystal meth in Fish’s wallet. The wallet was near a cup holder between the driver and passenger seat. Fish told officers he was holding the meth for a friend and it was not his.

Fish was then arrested on a charge of possession of meth and issued a warning for speeding.

The Jeep was towed from the scene by Stone City Collision.