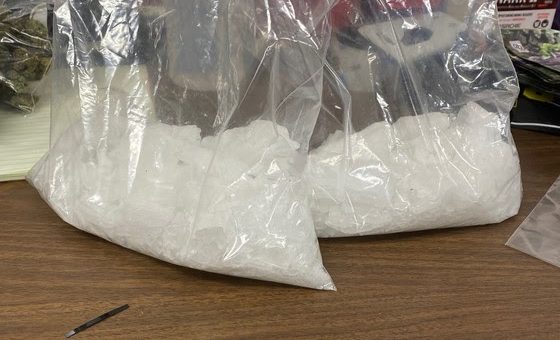 (POSEY CO.) – Friday, at approximately 3:15 p.m. Indiana State Police Sergeant Werkmeister was patrolling I-64 near the 12 mile-marker when he observed a 2020 Dodge Durango traveling eastbound at a high rate of speed.

The Dodge Durango was clocked by radar at 98 mph. Sergeant Werkmeister activated his emergency lights and siren and attempted to stop the vehicle, but the driver failed to stop and continued east.

The driver of the Dodge stopped quickly at the 19.5 mile-marker and threw out a bag before continuing east on I-64 reaching speeds over 100 mph. The driver continued south on I-69 before exiting west onto Boonville New Harmony Road and then onto several different county roads before driving north on US 41 to I-64 west.

The vehicle struck stop-sticks at the 4 mile-marker that were deployed by a deputy with the Posey County Sheriff’s Office, but the vehicle was able to enter Illinois and continued west.

The pursuit was terminated. Illinois State Police and local Illinois police were contacted regarding the pursuit, but the vehicle was not located.

A deputy with the Posey County Sheriff’s Office later found the bag that was thrown from the vehicle near the 19.5 mile-marker.