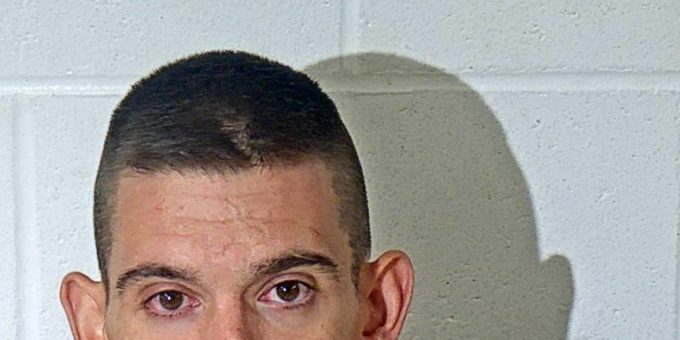 (BEDFORD) – A Bedford man was arrested Sunday after Bedford Police officers were called to Ted Jones apartments after a family dispute.

“When officers arrived they spoke to a female who stated 30-year-old Klayton Unger was inside the apartment and he had made comments that he would shoot her between the eyes,” said Chief Terry Moore.

Officers spoke with Unger who was intoxicated on drugs.

“He declined medical help but admitted there was drug paraphernalia inside the apartment and handed the officer a syringe,” Chief Moore added.

During a search of the apartment officers located two more syringes.

Unger was arrested on charges of intimidation, unlawful possession of syringes.