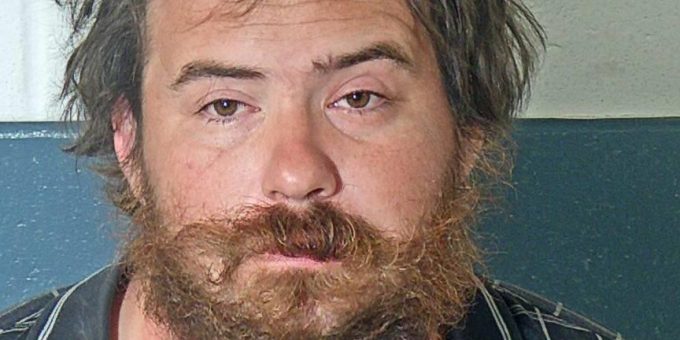 (BEDFORD) – A Paoli man was arrested Thursday after Bedford Police officers were called to the 1700 block of M Street at 1:10 a.m. after a resident reported a male was knocking on their doors.

When officers arrived they found 33-year-old Justin Wright who matched the description of the man who was knocking on doors captured on security video.

“Because of his intoxication level he was transported to a local hospital,” added Chief Moore. “While at the hospital Wright punched a Bedford officer in the face with a closed fist and officers had to forcibly put him back into handcuffs.  Once receiving medical clearance Wright was taken to jail.”