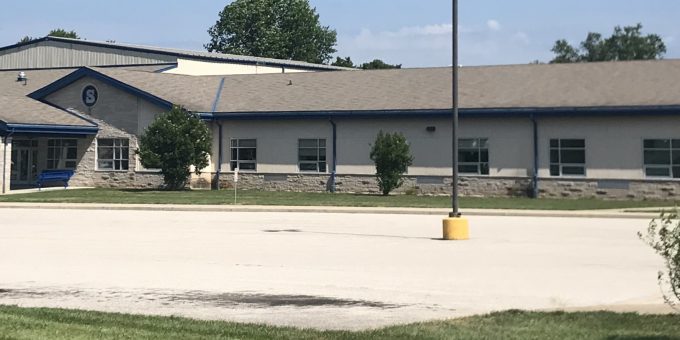 (SPRINGVILLE) – Perry Township Trustee Robert Phillips filed a motion in Lawrence County Circuit Court today for a mandate for the North Community School Corporation to convey the title of Springville Elementary School back to the township.

The lawsuit also asks for the following:

In January 2020, the North Lawrence School Board voted to consolidate four elementary schools and one middle school due to deficit spending by the school corporation.

At the time of the consolidation, the school corporation maintained that there were no bonds on Fayetteville, Springville, or Heltonvillle Schools.

However, after the Perry Township Trustee Bob Phillips and Lawrence County Independent Schools requested the Springville School for a charter school, it was learned that bonds existed on both Fayetteville and Springville Elementary Schools.

Under Indiana State Law the Fayetteville and Springville Schools must be offered to the township trustees first before they can by sold by the school corporation.

To date Perry Township Trustee Phillips and his board is the only township that is interested in the school properties. The Indian Creek Township Trustee and his advisory board have not expressed interest in obtaining the Fayetteville Elementary School.

According to North Lawrence officials, the school cannot be conveyed to the township until the debt of the schools is paid or the bond transferred.

The North Lawrence Community School Board will vote to transfer the bonds of Springville and Fayetteville Schools on Thursday night.

The North Lawrence Community School Corporation and each of the school board members have been named in the lawsuit.

The lawsuit by North Lawrence Community Schools against Jason Johnson, Jerry Ford, Deanna Ford, Gerald Hill, and James Evans’ request to obtain records pertaining to the consolidation and names of Visionary Committee members continues in Lawrence Circuit Court with no ruling issued in the matter.