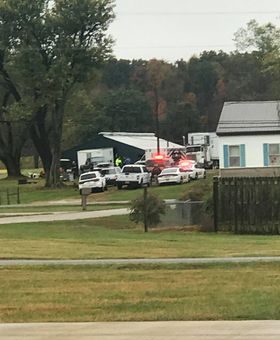 (MITCHELL) – Lawrence County Sheriff’s Department deputies were called to a home in the 1510 block of Yockey Road Monday at 11:21 a.m. after a woman reported finding her son unconscious in his garage behind his house.

“A male in his mid-fifties was found by his mother in his garage after experiencing a medical issue,” said Sheriff Mike Branham. “An autopsy has been performed and the preliminary findings are cause of death was a heart-related issue.”

The complete autopsy report is pending.