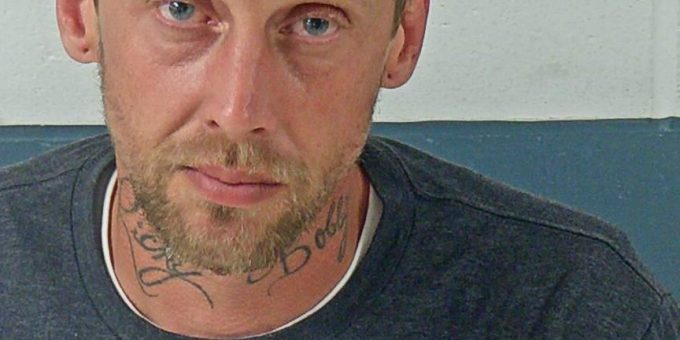 (BEDFORD) – An Orleans man was arrested Saturday on a warrant on charges of domestic battery.

Police arrested 39-year-old Robert Porter on two counts of domestic battery, interfering with reporting a crime, and invasion of privacy.

According to a probable cause affidavit, on Monday, October 12th a woman came to the Lawrence County Sheriff’s Department to speak to an officer about her ex-boyfriend Robert Porter.

The woman told police Porter had been calling and texting her multiple times over the last few weeks. He learned she had a new boyfriend and that she had an active protective order in place after Porter had injured her during a domestic fight in August 2020. Police learned that the order had not yet been serviced on Porter. He was also wanted on an outstanding warrant in Lawrence County from that incident.

On August 14, 2020 Lawrence County Sheriff’s Department Central Dispatch received a 911 call from the woman yelling for help and the phone went dead.

When police arrived they spoke with the female who said her boyfriend Robert Porter had “went crazy” and battered her, broke a mirror, and fled on foot from the house.

The woman told police Porter had taken a hand mirror and threw her on the bed and busted her in the knee with the mirror breaking it.

Police were unable to find Porter and the information was forwarded to the Lawrence County Prosecutor’s Office and a warrant was issued for his arrest.

While carrying a toddler and calling 911, Porter allegedly grabbed the phone and threw it against the wall, breaking it. He then shoved her to the floor while she was holding the child causing her to injury both her knees. Porter then fled the home prior to police arriving.