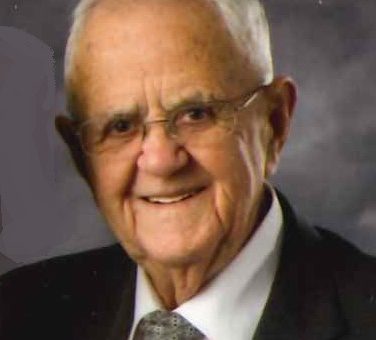 He was a retired truck driver and manager for Ready Mix Concrete Co. with the Rogers Group. He graduated from Shawswick High School with the class of 1946 and was the last surviving member of his class. He was drafted into the U.S. Army on November 11, 1950, during the Korean War, where he served with the 101 st Airborne Division. He was a member and elder of the Pinhook Church of Christ for several years and Gillen Post #33 American Legion. He currently attended the Oolitic Church of Christ.

Ralph enjoyed bowling in his early years and later golf. Dale was very knowledgeable of the Bible and enjoyed occasionally giving “a talk”. He loved his garden on Sunny Acres Drive. Anyone who knew Dale experienced his sense of humor.

He was preceded in death by his parents, siblings, Betty Ooley,
Sue Alice Hunter, Harry Lee Thomas and their spouses and Don Thomas.

Funeral services will be conducted at 2:00 p.m. on Thursday, October 15th in the Elmwood Chapel of the Day & Carter Mortuary with Walter Hunter
officiating. Burial will follow in the Green Hill Cemetery where military
rites will be accorded by members of Gillen Post #33 American Legion.
Visitation will be from 11:00 a.m. until the hour of service on Thursday,
October 15th at the Day & Carter Mortuary.

The family asks that friends consider memorial contributions be made to the Shawswick Alumni Scholarship Fund.

The family requests that everyone wear a mask for services.