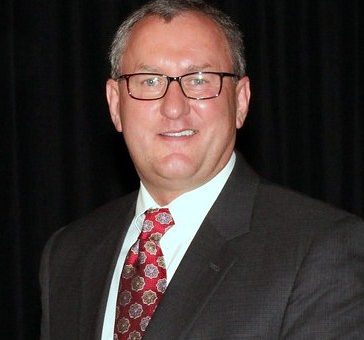 (BEDFORD) – Lawrence County Judge William Sleva appreared before the Lawrence County Commissioners advising them on designs and plans for a additional court room to be added to the Courthouse Plaza.

The plans that Sleva laid out for the new court have an estimated cost of $160,000. However, Lawrence County Attorney David Smith advised Sleva that the project would have to be bid out.

Sleva then asked if a court order could be issued to bypass the bidding process and he was told no.

The commissioners also asked if Sleva has applied for the $50,000 grant that he was trying to obtain earlier this year when the auxiliary courtroom was discussed. “I have not applied for that grant at this time, I was hoping the CARES Act money could be used for the project,” said Judge Sleva.

The commissioners will be seeking bids for the project and clarification on how this project will be paid for.

Due to COVID-19, court cases are backlogged and a special judge may be needed to hear cases in a timely manner.

The Prosecutor’s Office will also use the new courtroom to hold grand jury hearings.

Judge Sleva was to apply for a grant which should cover construction cost. The cost of construction should not exceed $50,000.

The Prosecutor’s Office is assisting with furnishing the courtroom and the recording equipment needed.

“It will not be elegant, but functional,” said Sleva. “If we don’t do this we will be in a dire situation.”