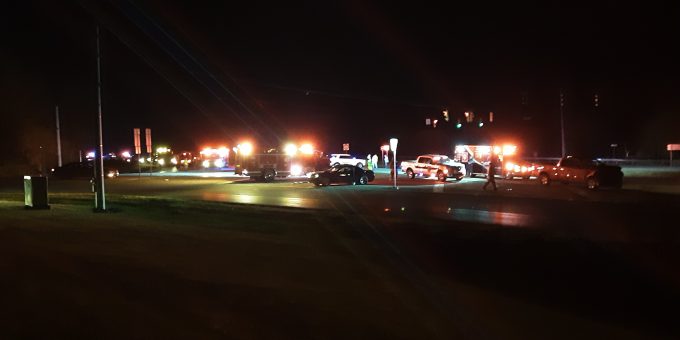 (OOLITIC) – Local police departments and first responders were called to a two-vehicle accident on State Road 37 at the Oolitic stoplight at 10:02 p.m. Wednesday.

Spinelli complained of back pain She was requested to have a blood-alcohol draw at the hospital.

Her passenger, 16-year-old Salis Greer, of Oolitic, complained of neck pain and 16-year-old Tabrea Spinell, of Bloomington, suffered internal injuries. She was flown from the scene.