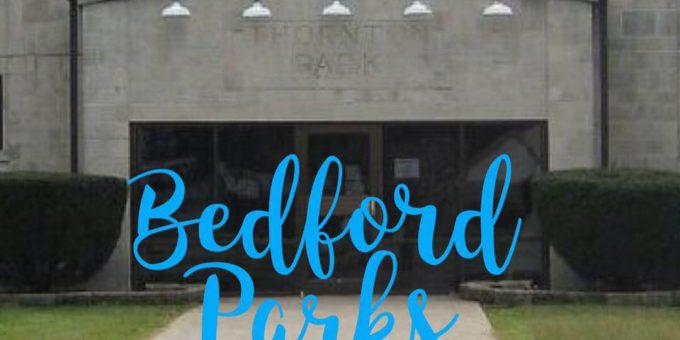 (BEDFORD) – The Bedford Parks Department was notified by Bedford Mayor Sam Craig and Bedford Plan Director Brandon Woodard that they have been violating the sign ordinance.

The Bedford Parks Department was allowing Bedford North Lawrence High School athletic teams to place signs on their fence by the John Lowery Pool. The placement as well as the size of the signs exceeded the square footage of the sign regulation and must not be allowed.

The BNLHS Women’s Golf team was allowed to place signs of support for the team recently, and those signs had to be removed because they violated the sign ordinance.

Bedford City Attorney James G. Pittman is looking at the ordinance to see what can be done to change the ordinance.

According to the ordinance no sign larger than 12 square feet, except as specified hereafter can be erected in a non-residential zoning district unless a sign permit has been issued by the building commissioner.

Also, one sign cannot exceed 32 square feet, and the total amount of signs can not exceed 64 square feet at one location.

In non-residential neighborhoods the ordinance states temporary signs are permitted on each non-residential real estate parcel located within the City of Bedford subject to the following limitations. The combined sign surface of all signs shall not exceed 64 square feet and the sign surface area of each sign shall not exceed 32 square feet. One temporary sign is allowed in one window of a building.

In addition, the City can not limit who can and cannot place signs on city property.

A new sign ordinance was approved by the Bedford City Council to update the old sign ordinance. Recently, a daycare was asked to remove a sign that violated the sign ordinance in a residential neighborhood after receiving a complaint.

The Bedford Parks Department took two bids on golf cart leases. The parks department did not have a qurom during the meeting to vote on the bids.

The first bid was received from Cunningham Golf & Utility Vehicles for $8,125 a month for six months, or $48,750 a year for five years for a total 60 golf carts and five utility vehicles.

The bids will be voted during the October 20th meeting at 4:30 p.m.