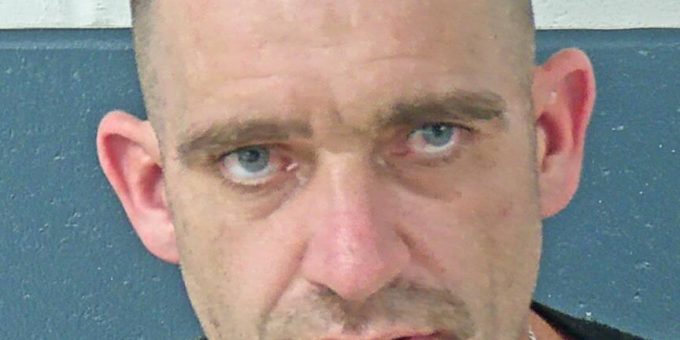 (BEDFORD) – A Bedford man was sentenced to a total of 1,824 days in prison on charges of possession of a narcotic drug and a probation violation.

According to Chief Deputy Prosecutor Bob Cline, Sykes was sentenced to 365 days on the possession of a narcotic drug charge and 286 days on the probation violation for a total of 1,824 days.

Sykes was arrested on September 6th when he was found at Jackson’s Mini Mart pumping gas. A Bedford Police officer noticed the vehicle did not have a licence plate.

The officer also knew that Sykes’ female passenger was wanted on a warrant in Orange County. She was arrested.

While speaking with Sykes and his passengers he noticed all three of them were extremely nervous. Sykes showed signs of being impaired.

While speaking to all involved, a bystander told police there was a pill bottle laying on the ground on the opposite side of the gas pump where Sykes had been pumping gas.

Police retrieved the pill bottle that contained a white powdery substance that tested positive for Fentanyl. There was 1.43 grams in the package.

Video footage from the gas station shows Sykes pulling the bottle from his pocket and throw it to the ground.

Sykes was arrested on charges of possession of a narcotic drug, littering, and obstruction of justice.