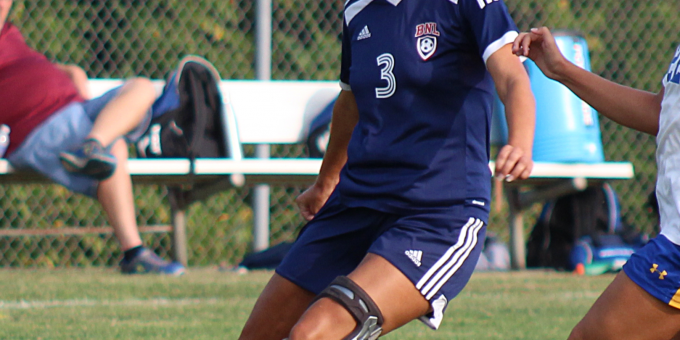 BNL senior Katherine West, primarily a defender and midfield ace for the Stars, moved to the forward attack and scored 4 goals in a 13 1/2-minute span of the first half, powering BNL to a 10-0 win over North Harrison in the regular-season conclusion on Saturday.

Claire Nordhoff added two goals as BNL (5-9-1) completed its preparation for the Class 3A sectional at Floyd Central and found a way to add spark to its offense.

West scored four time from the 29:55 mark to 16:29 as the Stars took advantage of the short-handed Cougars (missing key people with injuries) with an offensive assault.

“I’m proud of the girls,” BNL coach D.J. West said. “We had to play the opponent in front of us, and we took care of business. We wanted to remove any doubt, so this was a great tune-up.

“We were looking at things we can do against Jeffersonville (the first-round sectional foe). We know what they do well, and we think we can use Katherine to hopefully get some goals. That was the plan today, to get her in an aggressive mode.”

Nordhoff opened the scoring at 32:53 in the first half, and Emily Zhang converted a pass from West for a goal at 31:53. The West explosion powered the Stars to a 6-0 halftime lead.

“It was nice to get everyone involved,” West said.

The Stars will face the Red Devils in the opening round on Tuesday at 5 p.m. Jeffersonville already owns a 7-0 win over the Stars on Sept. 19. The winner will advance to the semifinal to meet either Floyd Central or Seymour on Thursday at 5. The championship match is scheduled for Oct. 10 at 2 p.m.