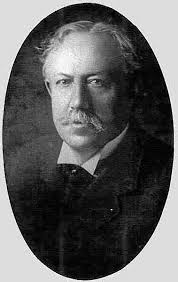 (BLOOMINGTON) — The president of Indiana University announced Thursday he will recommend the school’s trustees remove from the Bloomington campus the name of one of his predecessors who was a proponent of eugenics.

President Michael A. McRobbie said he will ask the trustees next week to removed the name of David Starr Jordan from a classroom building, a parking garage and a campus creek.

Eugenics is the practice of controlled selective breeding of humans often carried out through forced sterilization. Jordan wrote in “The Blood of the Nation: A Study of the Decay of Races through the Survival of the Unfit” of his belief that humanity would thrive only if the fittest were promoted.

McRobbie also will refer the renaming of Jordan Avenue to IU’s University Naming Committee to work with the city of Bloomington to find a single name for a thoroughfare that is jointly owned by the university and the city.

Jordan was “at the forefront of the American eugenics movement, and some of the beliefs he espoused in his writings, especially those concerning people he regarded as unworthy or undesirable, make for extremely troubling reading,” McRobbie said.