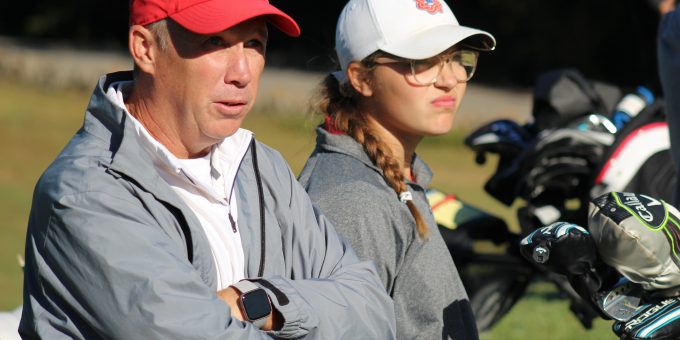 BEDFORD – The easy part of the postseason is complete. Now Bedford North Lawrence faces the toughest task as it prepares to battle for a berth in the IHSAA state finals.

After crushing the competition at Otis Park while winning its eighth consecutive sectional championship as the overwhelming favorite, the Stars will now shift into chase mode in one of the toughest fields among the five regionals across Indiana.

BNL will return to its home away from home – the familiar fairways of Country Oaks – for the second stage of the state tournament series on Saturday. The top three teams among the 18 qualifiers will advance to the state championship rounds at Prairie View on Oct. 2-3.

With four ranked squads in the field, somebody is going home disappointed. BNL knows that feeling after finishing fifth last season, coming up short in the bid to qualify for the state finals for the third straight year.

Can the Stars crack the code and upset a couple of the pre-tournament favorites – No.1 Evansville North is the six-time defending regional champion, headlining a group that includes No.6 Columbus North, No.12 Castle and No.16 Floyd Central – in the quest to return to the grand stage?

If experience matters, BNL definitely has a shot. The Stars feature three seniors who have been through the pressure-packed rounds. Unfortunately, golf demands daily proof, rather than giving preference to reputation or yesterday’s highlights.

“We’ll be one of the more experienced teams down there,” BNL coach Aaron Sanders said. “We have a lot of tournament experience there, and that’s kind of a big deal when you get to this point. We’ll rely on that, keep it together and let others crumble around us.

“We have to have our best when we go down there. We know that. It’s fine. We should have our best. We’ll get prepared the best we can.”

BNL veterans Addyson Bailey, Olivia Sanders (the sectional medalist) and Ashley Chase will join freshman Chloe McFaddin and senior Kennedy Blair in the fray. Bailey advanced to the state finals as an individual last season, and the other upperclassmen have been exposed to the tension of the moment in multiple events.

”It’s just another round, but knowing it could be our last, it’s a lot of pressure,” Chase said. “We don’t want it to be our last. If we just play our game, we can get it done.

“We’ve all played there a lot. It’s not that hard. We just have to keep it in play and use our experience the best we can.”

Country Oaks is not a penal layout, unless wayward shots find the water hazards. It can be tamed, as Evansville North proved while shooting a remarkable team total of 284 last year. The Stars just need to peak at the perfect time.

“We’ve had glimmers here lately,” Sanders said. “It‘s a matter of putting it together at the same time. It’s a very fair course. We know the tricky holes. It’s right there in front of you.

“I know it’s high on their list to go back to the finals. They want to get back there.”

BNL is seeking its 9th state finals appearance. The top five individuals who are not members of advancing teams will also earn tickets to the finals.

The Stars, paired with Evansville North, Floyd Central and Columbus North in the marquee groups, are scheduled to go off the first tee starting at 10:10 a.m.