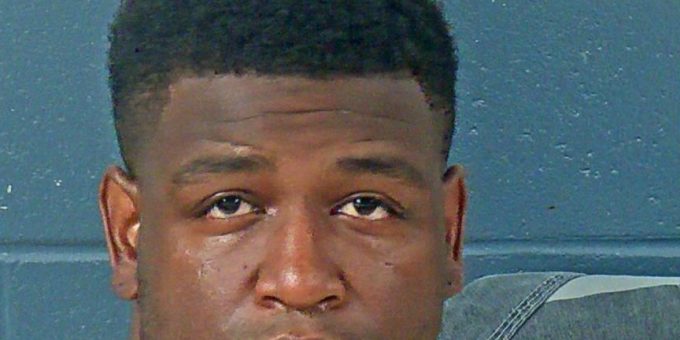 (MITCHELL) – An Indianapolis man was arrested on a warrant Sunday on a charge of domestic battery.

According to a probable cause affidavit, at 11:42 am. on August 17th a woman came to the Mitchell Police Department to speak to an officer.

The woman wanted to report a battery that had occurred and showed police a large bruise on her left hip and bruising on her arms and legs.

The woman told police the bruise was from an altercation with her boyfriend Jamal Morgan on the night of August 13th.

The woman told police Morgan had a tendency to get angry with her
but this was the first time he had gotten physical with her.

She told the police he got upset with her because she was going to go out with friends.

She said Morgan came nose to nose with her, grabbed her, and then threw her into some furniture and she landed on the ground. He left a short time later.

The woman told police she was upset and unsure of what to do. A few days after the incident she said her body was still really sore and she went to the doctor and the physician told her to report the incident.