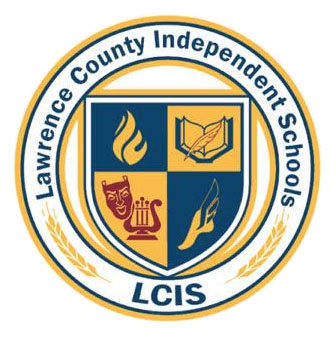 Since March, a group started looking at ways to provide an alternative to North Lawrence Community Schools following the consolidation.

The main goal of the group is to keep a school in the rural areas of Lawrence County. The group believes that smaller schools help students thrive, and students receive better one on one education than in a larger school where a student is only a number and a dollar amount is attached to them.

Many of the attendees were North Lawrence School Board candidates and parents of the Heltonville community who are becoming more interested in a charter school concept. The group is hoping to find a way to save their relatively new Heltonville school facility.

“The focus of the public school system has put government officials, teacher unions, teachers, and students in that order. Where we got to change our thinking to a more independent philosophy of putting students first, teachers, the reverse of what education has become,” said Kayla Hoffman, a parent attending Thursday nights meeting.

The group updated attendees on the attempts to acquire Springville Elementary School after Perry Township officials announced their desire to keep a school within that community.

A Memorandum of Understanding has been signed between the township and new charter school to immediately turn over the school once it receives a deed from the North Lawrence Community Schools Corporation.

The Fayetteville and Springville school facilities are able to be signed back over to township officials because the schools sit on property originally owned by the township.

During the consolidation process, North Lawrence Community Schools advised the public there were no debts on the three elementary schools – Fayetteville, Heltonville, and Springville.

To remove the liens on those schools is taking a little longer than originally thought by school officials.

LCIS has begun purchasing items to furnish the schools once they are acquired.

“We were able to purchase a school and half worth of materials such as desks and tables for the schools once they become available,” said Ryan Turner, a LCIS official.

Lawrence County Independent Schools has been working with Education One and Trine University in obtaining a charter.

LCIS will be meeting on September 22nd with Education One. Education One will address any concerns the group may have about the proposed new charter school.

Once that meeting is completed, a public meeting on the proposed charter school should happen very quickly.

Attendees from the Tunnelton area asked questions regarding transportation should that area of Lawrence County want to attend.

“Right now, the charter school will not have traditional transportation like what a public school currently has,” said Trisha Turner. “However, we will have bus stops in certain areas, maybe in Judah, to shuttle the students to the school.”

Charter schools do not receive funding that a traditional public school gets for transportation.

Currently, there are 15 school teachers that have expressed interest in working for the new charter school.

Officials say numerous parents throughout Lawrence County have shown interest in sending their children to the new proposed charter school.

Lawrence County Independent Schools says they will continue to provide updates throughout the process.