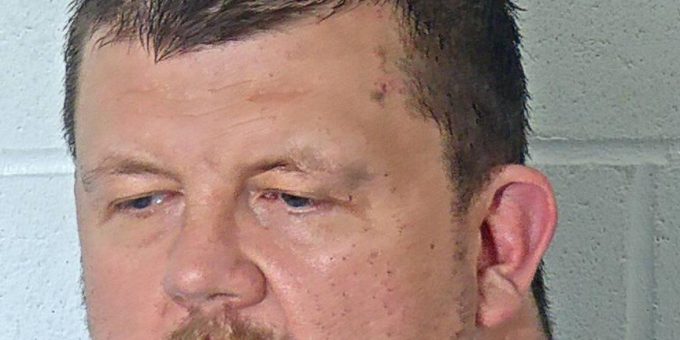 Bedford Police officers arrived and were taken to the office to speak to 50-year-old Robert Neal.

“While speaking with Neal he showed signs of intoxication and became agitated with officers while waiting on an ambulance,” said Chief Terry Moore. “When the ambulance arrived, it was determined that he needed a medical evaluation. While walking with Neal to the ambulance he fell several times and during the last stumble, one of the officers tried to catch him from falling. This agitated Neal who then shoved the officer to the ground and began fighting with all three officers.”

Neal refused to place his hands behind his back and continued to throw elbows towards officers. Neal finally gave up his hands and was transported to the hospital for an evaluation then he was arrested on charges of battery against a public safety officer, public intoxication, and resisting arrest.