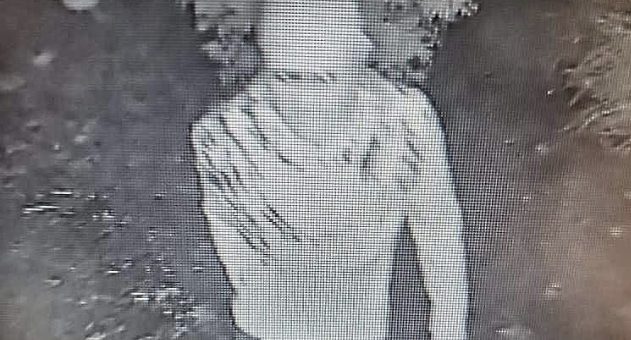 (SEYMOUR) – The Seymour Police Department is notifying all residents to avoid or use extreme caution when attending ATM locations after dark.

Police are asking for the public’s assistance in identifying the man in the photos posted below.

On August 18th at approximately 3:55 a.m., an individual was using a drive-up ATM located at Centra Credit Union at 520 South Jackson Park Drive when the driver was targeted by an unknown male with a handgun hiding in a nearby back yard area.

The unknown male quickly approached the window of the vehicle after the driver retrieved $200. The male attacked the driver, striking them in the face with the handgun and then grabbing the cash from his hands.

The male then ran to the rear of the property and was last seen on surveillance video in the 600 block of Miller Avenue.

The male is described as having a light complexion, thin build, and wearing a winter toboggan and striped grey shirt. The male is approximately 6 feet tall and has a tattoo on the bottom of his left wrist.

Police believed he was working alone during the commission of this crime.

Anyone with tips or information on this incident is asked to call the Seymour Police Department at 522-1234 reference Detective Surface’s case or the anonymous tip line at 812-523-7629.