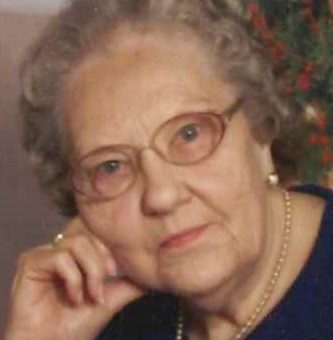 She was a homemaker and had worked at Citizen’s National Bank and was a member of the Wesley Chapel Church.

She was preceded in death by her parents, her husband, one sister, Irene Pless, two brothers, Dr. V.C. McMahan, Donald McMahan, and one son-in-law, John Rainey.

Funeral services will be conducted at 1:00 p.m. on Thursday, August 20 at the Wesley Chapel United Methodist Church, with Valarie Foughty-Killion
officiating. Burial will follow in the Cresthaven Memory Gardens. Visitation will be from 4:00 p.m. until 8:00 p.m. on Wednesday at the Day & Carter
Mortuary and from 11:00 a.m. until the hour of service on Thursday at the church.