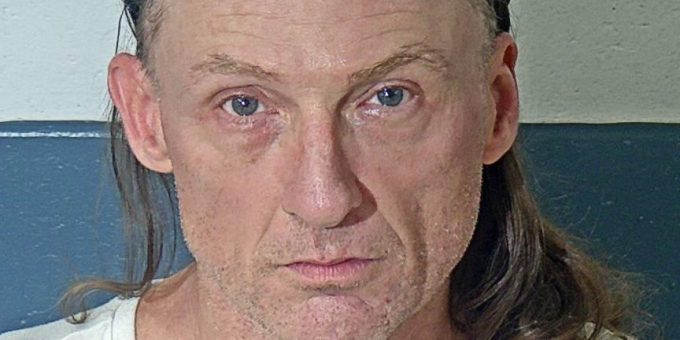 (MITCHELL) – A Mitchell man was arrested Wednesday after police went to check on an abandoned vehicle in the 110 block of State Road 60 East.

Police contacted the owner of the vehicle, 57-year-old Williams Brock, at his residence. Police told Brock he had 72 hours to remove the vehicle from the roadway or it would be towed.

Brock told police he would get the vehicle. He was then asked if there was anything illegal in the vehicle.

Police told Brock they had received a tip that Brock was selling narcotics out of his home and vehicle. Brock told police he was not doing anything illegal. Brock then gave police permission to search his vehicle.

During a search of the vehicle, police found a plastic baggie that contained a powdery substance on the passenger seat.

The officer asked William what the baggie would test for and he put his head down and said ”meth”. Brock then stated that he had not used meth in several weeks.

Brock was arrested on a charge of possession of meth.

Police also found a black purse in the backseat that contained several other baggies with white residue. Officers asked Brock who the purse belonged to and he said to him that he was a crossdresser.

During a search of Brock’s home police found a spoon, digital scale, and several baggies that all contained a white powder residue and field-tested for meth.