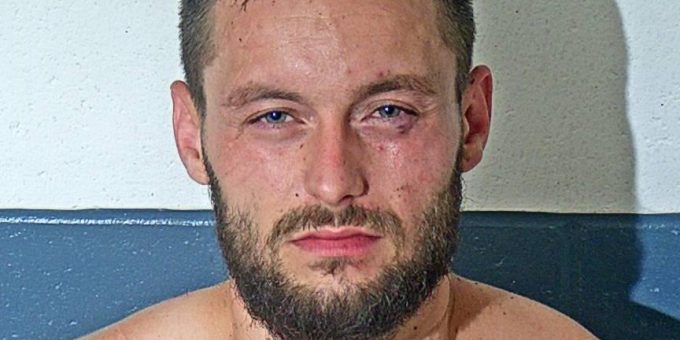 (BEDFORD) – A Bedford man was arrested Thursday on a warrant but is now facing new charges after running from a Bedford Police officer.

On Tuesday night a Bedford Police officer was on patrol in the area of 23rd and G Street when he spotted 28-year-old Derick Terrell who was wanted on a warrant.

“The officer exited his vehicle and walked towards Terrell and witnessed him walk behind a camper,” said Chief Terry Moore. “The officer yelled at him to stop and identified himself as a police officer.  As the officer walked around the camper Terrell was gone.”

While searching for Terrell, officers located the shirt he was wearing in a wooded area near the camper.

“K-9 Max arrived with his handler and they started searching the area.  While searching, two different individuals told officers they witnessed a male matching the description running through yards,” added Chief Moore.

Officers and K-9 Max eventually located Terrell hiding in the brush and tall grass in the area of 20th and J streets.

“Terrell refused to show his hands and started reaching for his waistband.  K-9 Max was released for a bite which resulted in Terrell giving up his hands so that he could be handcuffed,” said Chief Moore.

Terrell was arrested on a warrant for theft after he allegedly stole clay flower pots from a residence in the 1700 block of H Street on April 18, 2020. He now faces additional charges of resisting arrest by fleeing and force.