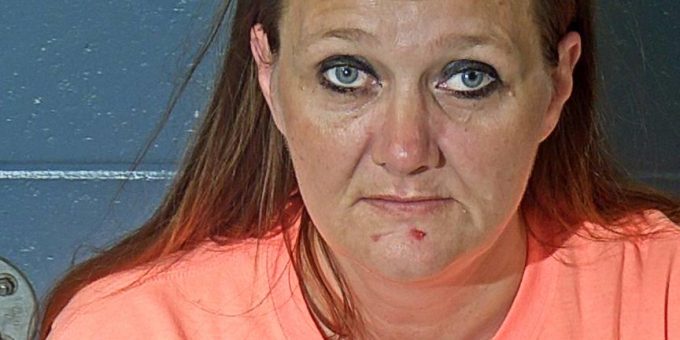 (BEDFORD) – A Bedford woman was arrested Monday afternoon after she was caught stealing items from Walmart.

Officers arrested 45-year-old Amanda Gerkin, of 2116 24th St., on charges of theft, two counts of possession of a controlled substance, and trafficking with an inmate.

Officers were requested to Walmart after a lost prevention employee witnessed Gerkin leave the store without paying for merchandise.

“Employees told officers they watched Gerkin conceal several items over a three-hour time frame,” said Chief Terry Moore. “Once Gerkin finished shopping she walked to the self-checkout and pretended to scan items, placed the items into bags without paying, and started towards the exit doors before being stopped by employees.”

After being processed at Bedford Police Department Gerkin was transported to jail.

“During the intake at the jail, staff located two pills concealed on her person which resulted in the additional charge of possession and trafficking with an inmate,” added Chief Moore.