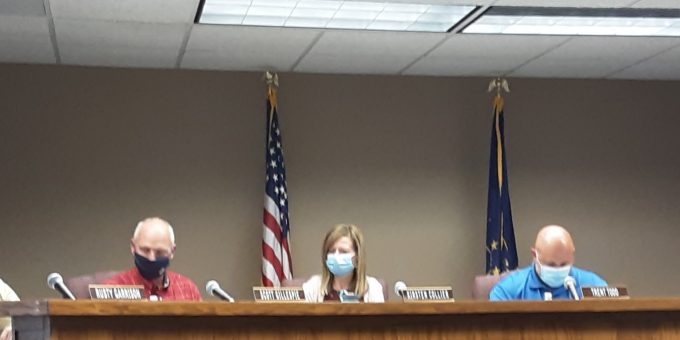 (BEDFORD) – In a 6-1 vote, the North Lawrence Community School Board approved an engineering study for the synthetic turf at the Bedford North Lawrence football, baseball and softball fields.

Kirsten Collier was the only school board member to vote against the project stating officials needed to look at other infrastructure needs of the schools before voting on the new turf.

“We do not know the needs of our other buildings such as the roofs and HVAC before we go voting on this,” said Collier prior to the vote.

School Board Member Larry Arnold concurred with Collier’s statement, however, he voted for the engineering to proceed.

The Woolpert Group was awarded $103,950 to apply for permits to conduct the study and to recommend how the school board should proceed with the project.

The project will be paid with a $2.6 million dollar bond that was voted for in a prior school board meeting.

During Thursday night’s meeting, Ed Bay spoke against the project. Bay read a statement into the public record. Here is part of what was read to the school board members.

“When you should be laser-focused on getting our schools reopened you are having a simulated debate about artificial turf … adults, some with professional degrees, determined to use smoke and mirrors to justify a decision that can easily be put off a year or even two until the results of the disastrous school consolidation and COVID-19 can truly be measured. This is nothing more than a distraction … maybe it’s intentional maybe it’s not. This loan application and astroturf absolutely without a doubt need to be tabled until 2021,” said Bay.

“In my opinion, Lawrence County taxpayers would have been better served by a state takeover of our school system. If you will not listen to those who put you in office, those you have ignored when making what has proven to be costly, wrong decisions then you all should resign. Pushing ahead before the election is a sleazy tactic better used by state and national candidates. Given all the facts this is not acceptable to Lawrence County taxpayers (and voters),” added Ed Bay.

“I want to thank you for working on the project for our kids and community,” said Berger. “You have heard of a lot of positives and this new turf will be a great recruiting tool for staff.”