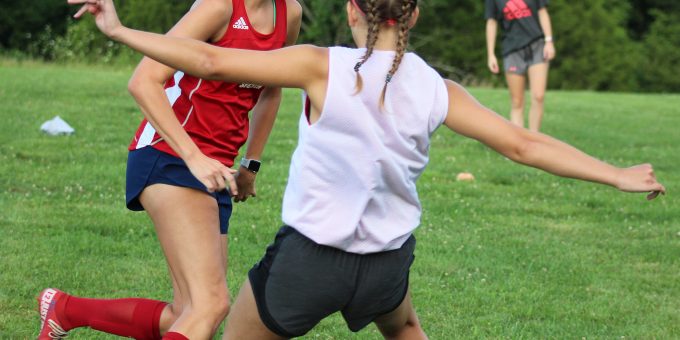 BEDFORD – Winning games 0-0 is extremely difficult. Even the best defense needs an offensive counterpunch. Sooner or later, as Captain Kirk often discovered at the helm of the Enterprise, under constant bombardment the shields go down.

Bedford North Lawrence was offensively challenged in 2019 while battling through a 3-11 campaign. And the Stars lost graduated star Jennifer Ramirez, the main scoring threat with 13 goals and 6 assists.

The million-dollar question, BNL coach D.J. West pointed out, is who will score goals this season. He doesn’t even want an expensive weapon. He’d settle for the Wal-Mart version of goals, a cheap one now and then.

As he starts his third season with the program, West’s defense is set. His best athletes will patrol the midfield, his goalie is one of the best in the Hoosier Hills Conference in terms of total saves. Give him one goal, just one, and his team has a shot.

“The million dollar question last year was scoring goals,” West said “I thought we could defend to stay in games. I really think we can defend now. It’s going to be getting the ball in the back of the net. In high school soccer, it’s tough to pitch a shutout. Hopefully we can win some low-scoring games.”

BNL’s strength will start in the middle with seniors Makena Moore and Katherine West (who missed all of last season with a left knee injury). In front of the net, senior Hannah Riester (104 saves last year) will see a lot of duty.

“Katherine will make a big impact for us,” West said. “Right now it will be defensively. Makena and Katherine will be our defensive midfielders who can lock down the middle, girls who can distribute the ball forward. They’ll have to go box to box, win the ball and get the ball to our offense.

“We don’t have girls who are creative to score on their own, so it has to be a team effort.”

Moore scored 6 goals last season and has worked to improve her ball skills when she’s asked to join the fray at the front.

”I’ve been working on my foot skills, to get better offensively, because I’m very defensive minded,” Moore said. “I need to improve my offense. We’ll be very good defensively. I think we’ll be able to score some goals.”

The Stars got some unexpected help. Heidi Dufore, who has not played since her freshman season in 2017, could make an impact in the scoring zone. “She’s a feisty little thing,” West said. Courtney Crowther, a transfer from Monticello, adds experience.

Off the field, the virus issues still loom. Soccer has been deemed a contact sport, Pre-match introductions and postgame handshakes will be eliminated to minimize the interaction. Face coverings, gloves and long sleeves will be allowed on the field.

The Stars would rather not worry about the distancing protocols and rules.

“Soccer is the one place to not think about it,” Moore said. “I love the atmosphere, the intensity of the game.”

The Stars will start the regular season on Aug. 15 against Silver Creek.