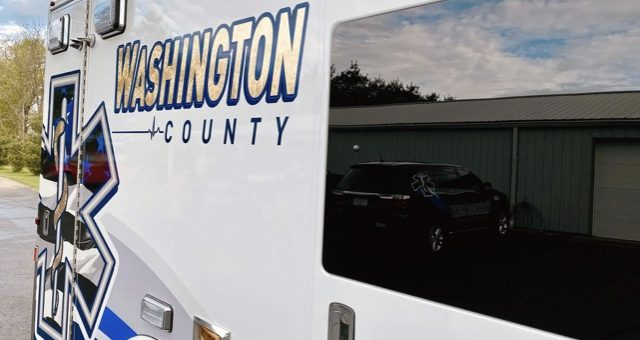 (WASHINGTON CO.) – Despite objections from county officials and ambulance personnel, a motion was made by Washington County Commissioners with a unanimous vote to move the Washington County Ambulance board to a five-member board.

The new board configuration will consist of three county commissioners and two county council members.

Washington County Council President Karen Wischmeier and Ambulance Director Nick Oleck stated before the vote that more discussion was needed on the matter.

Nevertheless, all three commissioners will now sit on the ambulance board. This comes after the Indiana Emergency Medical Commission and Indiana of Department of Homeland Security released an audit on the Washington County Ambulance Services. The audit revealed that the ambulance service did not meet 14 of 51 audit requirements.

Wischimeier told the commissioners during the meeting that all the violations have since been corrected.

McFelea, the former ambulance service director and operations manager, was appointed interim ambulance director in July 2019. Then in December of 2019, an outside source contacted the Indiana Department of Homeland Security regarding concerns within the ambulance service.

The Indiana Department of Homeland Security came down in January and conducted an inspection and audit which resulted in the report.

In February of 2019, McFelea was asked to step down from the leadership role. Nick Oleck, former supervisor for Scott County Ambulance Service, was hired as the Washington County Ambulance Director.

Oleck was given a copy of the audit report and was given 18 days to resolve the issue.

Here is a summary of the violations:

Below is a copy of the audit from the Indiana Emergency Medical Commission: