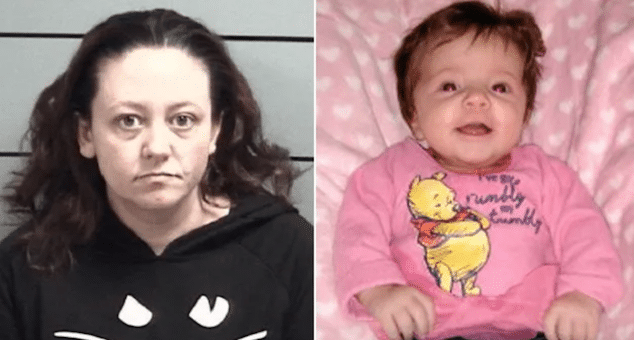 (PLYMOUTH) — A northern Indiana woman has been sentenced to 30 years in prison after pleading guilty in the death of her 2-month-old infant, who died after ingesting breast milk tainted with methamphetamine.

Ashlee Rans, 36, was sentenced Thursday by a Marshall County judge after pleading guilty on July 8 to one count of neglect of dependent resulting in death, WNDU-TV reported.

Court records show that on Dec. 19, 2019, Rans called 911 and told a dispatcher she had found her infant cold and not breathing. She told officers said she had been breast feeding the baby since birth with no other supplements.

An autopsy performed the next day found that the baby had died from acute methamphetamine intoxication. Meth can pass through breast milk and is present in the system for up to three days, court records state.

Rans initially denied any alcohol or drug use, but after an officer told her about the autopsy’s findings, she admitted to using meth two days before her baby died. She also acknowledged that she was aware of the possibility of transferring ingested drugs during breastfeeding.

Marshall County Prosecutor E. Nelson Chipman, Jr. said that before she was discharged from the hospital with her newborn, Rans had acknowledged in writing the dangers of drugs passing from mother to infant through breast milk.

Chipman said Rans, who has three other children, is currently pregnant and due in September. Her three children are in the custody of their biological father, he said.