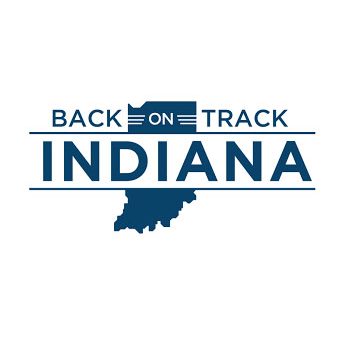 (UNDATED) – Indiana will keep its current coronavirus restrictions in place for at least most of August.

Governor Eric Holcomb is encouraging compliance with safety measures amid continued concerns about the recent growth in the state’s COVID-19 cases and hospitalizations.

Holcomb announced that statewide limits including crowd sizes for restaurants, bars and public events would remain in effect until Aug. 27.

Holcomb is leaving it up to city and county officials to take any more aggressive measures, such as closing bars, which have been linked to a rise in cases among young adults across the country. That’s despite fears among federal officials that Indiana and other Midwestern states could see a significant jump in COVID-19 infections.

While Indianapolis officials have ordered bars in the city shut down, Holcomb emphasized that steps as wearing face masks as required under a new state mandate and proper distancing should be followed to slow the virus spread.

“We think we can get there with good enforcement on the ground with the guidelines that are there right now,” Holcomb said.

State officials declined to recommend any statewide action on school reopenings as school districts across Indiana make widely differing decisions on whether to have students back in classrooms.

Dr. Kristina Box, the state health commissioner, said her agency was giving recommendations to school leaders on steps such as limiting student interaction and assigning classroom and bus seats. She also pointed to the statewide mask order that requires face coverings at school for those in grades 3 and higher.

The COVID-19 infection levels vary across the state and each school district needs to assess the risk in their community, Box said.

“To say this is a specific number that we’re going to use is really not appropriate,” she said. “Schools are really actively engaged in deciding what is safest and best for their students and when to open.”

Holcomb said he would extend the state order banning evictions from rental homes and mortgage foreclosures until Aug. 14.

That ban has been in effect since the early days of the national pandemic response in March and the looming expiration of such freezes across the country has raised worries about an eviction crisis among people who’ve been unable to pay for their housing.

State officials encouraged residents who need rent payment assistance to apply for grants from a $25 million program with the Indiana Housing and Community Development Authority funded by the federal coronavirus relief bill passed by Congress. That Indiana program has already received more than 20,000 applications.