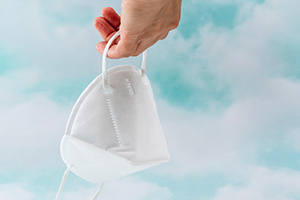 (UNDATED) – Area police departments are advising the public that they will not be enforcing or arresting anyone who refuses to wear a mask out in public, or in area business.

The Sheriffs in both counties ask the public to be courteous to one another, and they will only be responding to disturbances or other police matters. They will not enforce the Governor’s Executive Order to wear masks in public, which begins on Monday.

All calls and complaints need to be directed to the Indiana Department of Health at 1-877-826-0011 between the hours of 8 a.m. until 5 p.m. or your Local County Health Department.

Any business or private organization may ask patrons to leave the premises at any time for any reason. If that business asks you to leave you are obligated to do so under the criminal trespass statute. Police departments will enforce those violations of law.

All police departments are asking everyone to work together to get through this.

Hill wrote in the letter that while Indiana’s governor has broad authority to restrict personal liberties and business operations under the state’s Emergency Management and Disaster Law, the statue “does not provide that a governor may issue a mandate wearing masks.”

“Without properly delegated authority from the General Assembly, the proposed order would not have the force and effect of law,” said Attorney General Hill.

Hill stated in his twitter post that the governor should call a legislative session to debate whether wearing a mask is a criminal penalty.