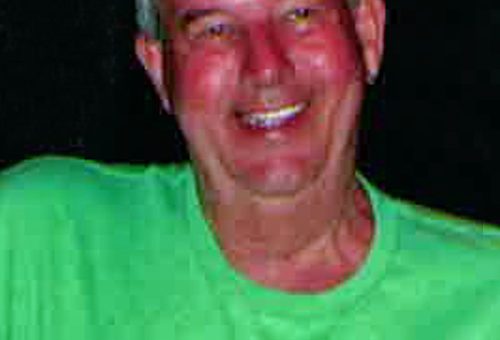 John David Barlow, Sr. lost his long-fought battle with cancer on Saturday, July 18, 2020, surrounded by the love of his family and friends.

He was preceded in death by his parents; siblings, Alice (Barlow) Westerfield, Kenneth P. Barlow, and Bill J. Barlow; and brother-in-law, Laverne Westerfield.

John was known for his competitive ability in anything he did.  It started as a kid, playing pickup basketball on the courts at Emerson Elementary and continued on the track, baseball, and basketball teams in high school.   He graduated from Mitchell High School in 1960 where he received a basketball scholarship to the University of Alabama at Birmingham, Alabama.

John was known as a “Jack of all Trades;” he worked at Stephenson’s Clothing, a bartender at Zeke’s Bar in Mitchell,  he owned the Barlow’s Ice Cream and Recreation Center on Main Street in Mitchell, and was a local standout in basketball, baseball, and softball.  John retired from NSWS Crane after 30 years of service as an Art Illustrator—Graphics Design.

In his adult life, he was a standout in bowling, baseball, basketball (playing with and against Larry Bird in a league organized by Monk Clemons), and softball.  John traveled with Zollman’s, Carpenter’s, Bedford Moose, and Capitol Oil Softball Teams.  John was  a member of Capitol Oil team out of Indianapolis that won the 45 and Over National Championship in 1989 and personally organized a team of 50+ from Lawrence County that won the 50 & Over National Championship. John was also inducted into the Softball Hall of Fame after he retired his mitt and bat.

In his retired years, he loved traveling with Cheri´ and friends to any place he could play golf.  He was loved, respected, and will be missed by many.

He was a member of the Sons of the American Legion and a celebration of life will be Sunday, August 2, at Gillen Post No. 33 American Legion. The family will receive friends from 12:00 p.m. – 4:00 p.m.