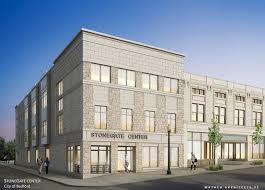 (BEDFORD) – The Bedford Redevelopment Commission met on Monday afternoon and approved three payments. Those payments include:

In other business, Angie Steeno gave the commission members an update on the Tax Incremental Fund districts within the City of Bedford over the last year.

There are three Economic Develop Areas within the City of Bedford that capture TIF revenues. These include the area located around Walmart, Eastgate, and General Motors.

Over the last five years, TIF revenue continues to increase with revenues generating about $2.4 million.

There are currently two outstanding bonds.

One of the bonds includes a remaining balance of $745,000 to be paid off by January 15, 2023. This bond is connected to the Plaza Drive South project. The total bond was for $1.9 million. There is no early payoff allowed with this bond.

The commission is looking at some long-term projects to which TIF revenues can be used.

North Lawrence Community School President Trent Todd is an ex-facto member of the Bedford Redevelopment Commission but has not attended a meeting since his appointment.